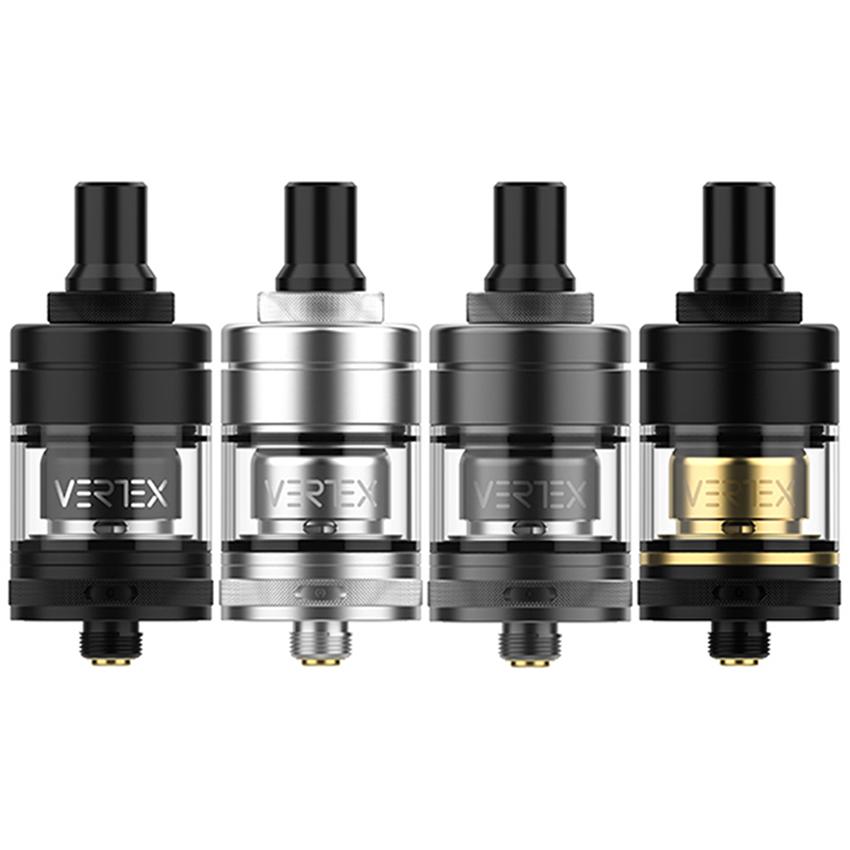 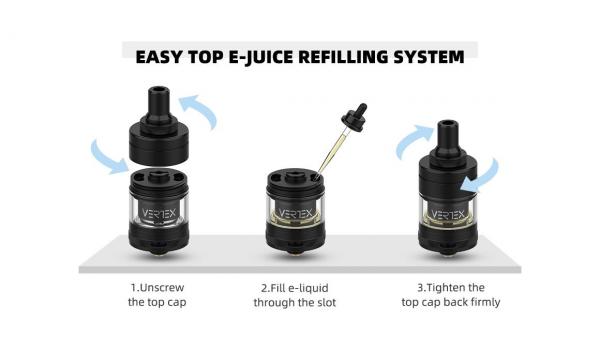 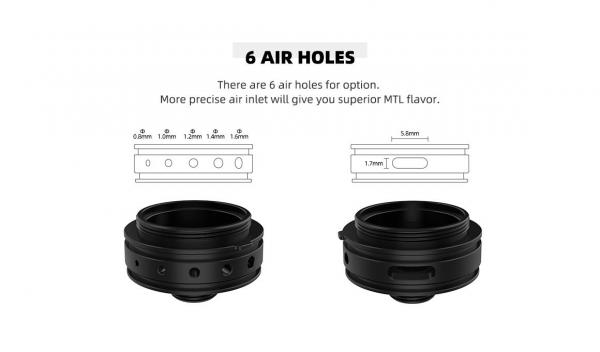 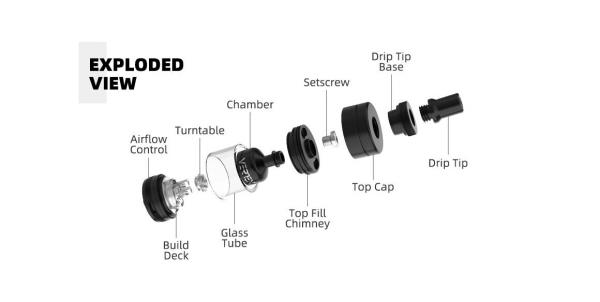 The Hellvape Vertex MTL RTA  is a RTA atomizer tank special designed for MTL vapers. Hellvape vertex is also described as (RTA) MTL with 22 mm diameter . The Vertex RTA offers a single coil configuration  and has two posts next to each other for easier installation of your coils.

As most vaping tanks from Hellvape, also Vertex has 6 airflow holes (0.8mm / 1.0mm / 1.2mm / 1.4mm / 1.6mm / 1.7mm). Thanks to the dedicated airflow control, it will provide you with superior MTL flavor and really nice tight pulls. What's more, the turntable is designed with a 3-air intake structure to offer more airflow combinations. The bottom airflow and knurled grip will offer greater air intake and easy flow adjustment. The e-liquid capacity is 2ml, but it could be increased up to 3,5mls with Hellvape replacement Straight glass for Vertex mtl tank.

The top refill system will make putting e-liquid easier. Our package also contains pre-built 0.6ohm and 1.0ohm A1 resistors, so with this tank you are ready to enjoy your favorite MTL vaping. 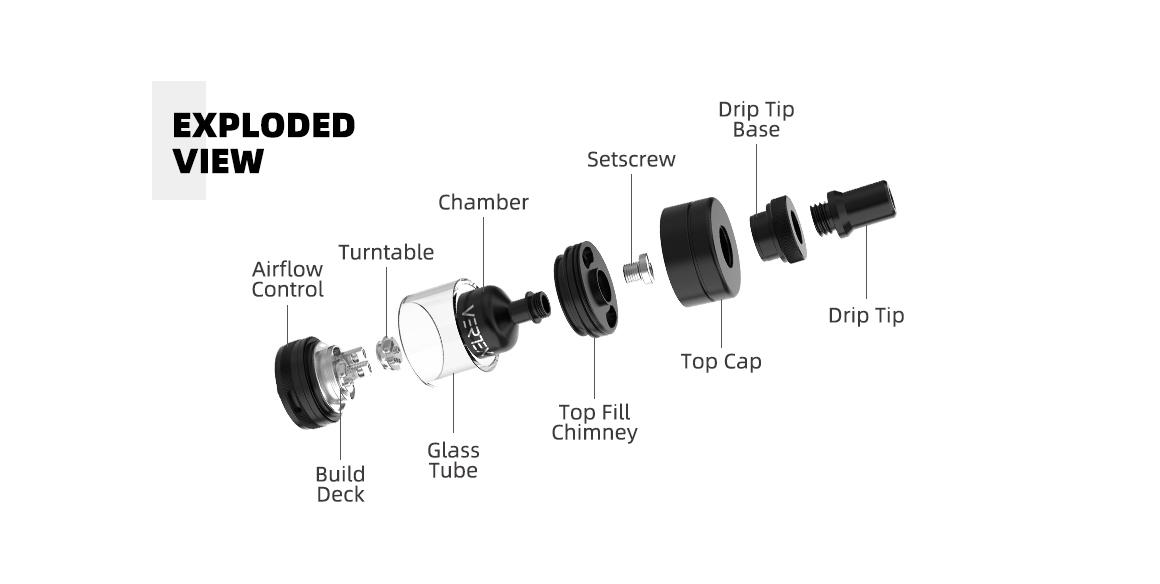 Hellvape Vertex MTL RTA Components and what is included: 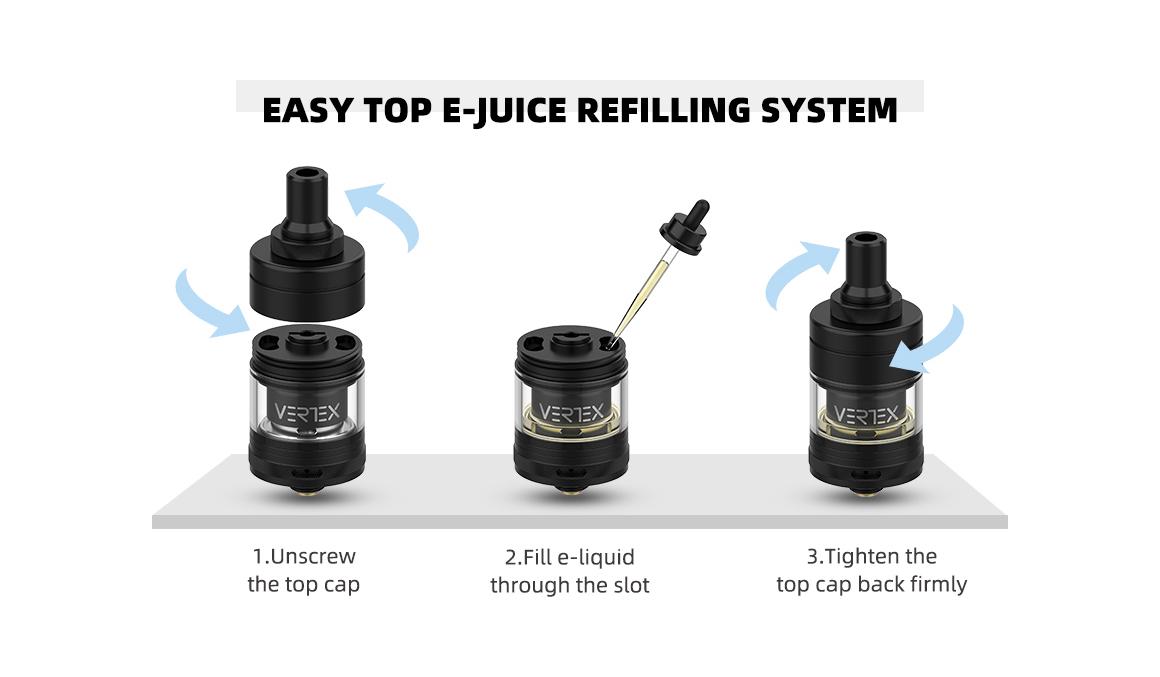 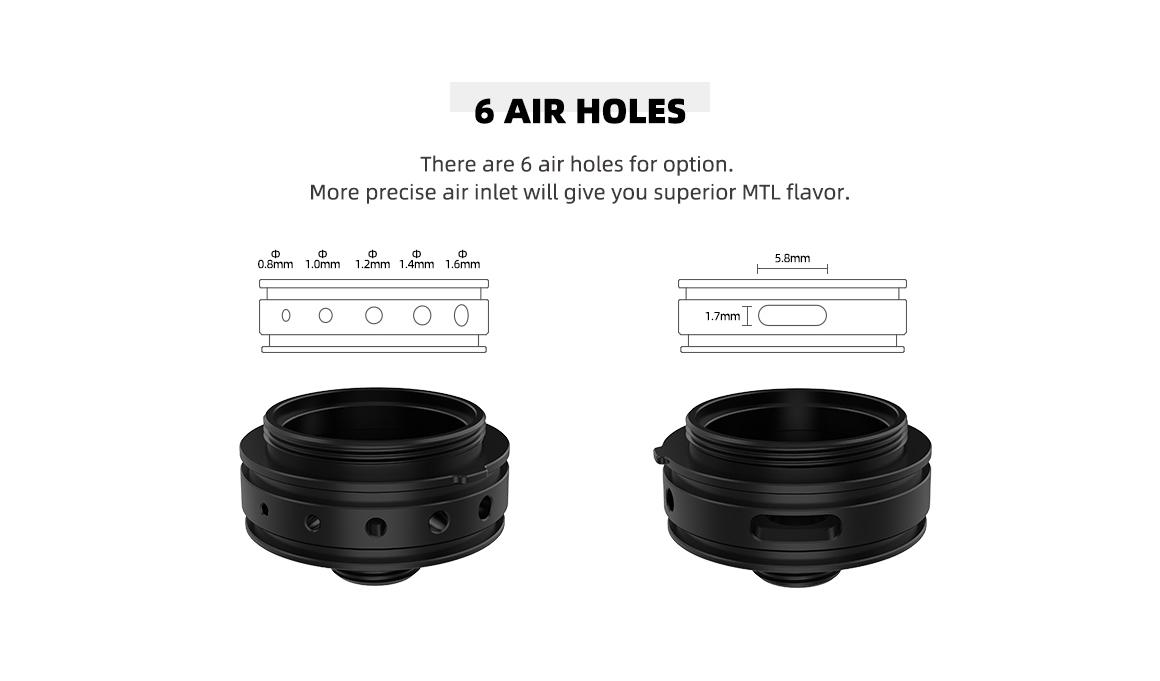 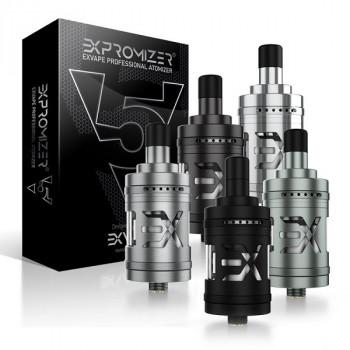 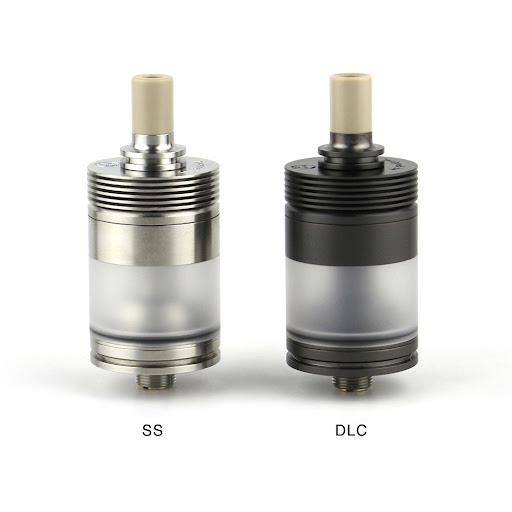 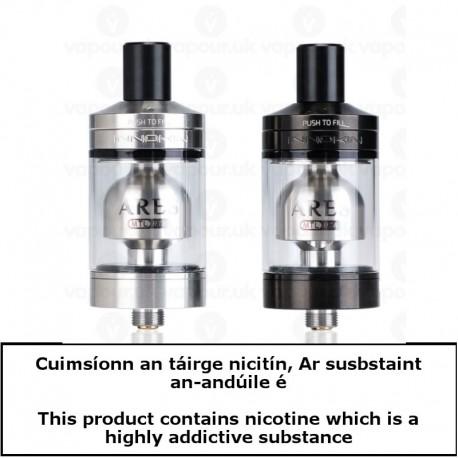